‘Pretending to Save the World’:

12 Reasons Why We Need

in the Time of Coronavirus

The world’s most powerful internet platforms are even more powerful, and more dangerous, than ever.

It sounds dramatic, but it’s true. Trapped in our homes during the time of coronavirus, we are more reliant on companies like Google and Facebook than ever before. So their continued failures to address their massive problems, and their endless efforts at spin, are deeply distressing.

They are spending a lot of money to convince all of us how grateful we are to them. But we don’t forget that easily. Their failures to curb hate speech, misinformation, pedophilia, and piracy on their platforms – and the continued profits generated by their irresponsible behavior – are problems that haven’t gone away.

And we won’t forget. We can’t.

Here are 12 more reasons why, more than ever before, we need #PlatformAccountability during the pandemic, culled from across the spectrum of political, cultural, and sociological discourse.

1) Because it’s in the interest of fostering the health of the population.

“Throughout the last decade of researching platform politics, I have never witnessed such collateral damage to society caused by unchecked abusive content spread across the web and social media. Everyone interested in fostering the health of the population should strive to hold social-media companies to account in this moment.” – Joan Donovan, Director of the Technology and Social Change Research Project at Harvard Kennedy’s Shorenstein Center

2) Because some researchers analyzed YouTube’s coronavirus videos and this is what they found.

3) Because they are failing to address fundamental civil and human rights issues.

“While we are aware of recent steps your company has taken to increase public awareness of COVID-19’s health impact, we are deeply troubled by the inability or unwillingness of your senior management and the company’s Board of Directors to address a number of fundamental civil and human rights issues. These include the company’s continued failure to protect users from hate speech and misinformation on the platform, and its ineffectual policies controlling discriminatory targeted advertising. These failings present real danger to people of color, especially with regard to protecting voting rights in the upcoming 2020 elections.” – May 12 letter to Facebook CEO Mark Zuckerberg from Senators Robert Menendez, Kamala D. Harris, and Richard Blumenthal

4) Because a company that influences 2.5 billion people is ruled by an emperor.

5) Because their seemingly altruistic efforts are just corporate marketing tools.

“For me, the choice was as clear as the situation. I left. Standing up for women, for the LGBTQ community, for colleagues of color, and for human rights — had cost me my career. To me, no additional evidence was needed that ‘Don’t be evil’ was no longer a true reflection of the company’s values; it was now nothing more than just another corporate marketing tool.” – Ross LaJeunesse, former Head of International Relations at Google

6) Because their “redemptive” actions during the pandemic are actually “the lowest bar.”

“Facebook… has deftly used the pandemic as a redemption moment by doing its job on keeping bad health information off its platform. Thanks a lot for that, but it is the lowest bar in my humble estimation. All of tech should do its part to stop the spread of misinformation, especially as the industry’s power continues to grow.” – Kara Swisher, Editor at Large for Recode

7) Because our best young minds are embarrassed to work for them.

“It felt like in my freshman year Google, Palantir and Facebook were these shiny places everyone wanted to be. It was like, ‘Wow, you work at Facebook. You must be really smart…’ Now if a classmate tells me they’re joining Palantir or Facebook, there’s an awkward gap where they feel like they have to justify themselves.” – Belce Dogru, computer science Master’s degree candidate at Stanford

“After two days of walking the aisles at CES, tech companies’ visions of the future felt hardly more generous or optimistic than those of the hotel magnates running the casinos in which the convention is held every year. Successful start-ups and gambling empires are both built on cash, hope, and slim odds, but no one on the Las Vegas Strip sells their services by pretending to save the world.” – Amanada Mull, The Atlantic

9) Because their true ethos can be described as follows.

10) Because they pose a threat to society itself.

“Facebook’s eager willingness to continue the spread of lies, coupled with a business model built on algorithms that amplify rage, threatens our society. Technology has given a 35-year-old the singular ability to monetize propaganda by antivaxers, climate change sceptics, and Holocaust deniers. To lack the will to reign in Facebook, is apathy that enables tyranny, much less the spread of polio in Pakistan.” – Scott Galloway

11) Because if the platforms can’t fix themselves, they can be fixed.  France did it, so can we.

“We can no longer afford to rely on the goodwill of platforms and their voluntary promises. This is the first brick in a new paradigm of platform regulation.” – Cédric O, France’s junior minister for digital affairs, speaking on the passage of a Law that mandates social media companies remove hate speech within 24 hours or be fined.

12) Because maybe, just maybe, there is hope in America after all.

Google and Facebook are doing everything they can to seize this current moment and consolidate their power. We must not allow this to happen, but we have to work together if we are going to succeed.

Call your U.S. Senator and Representative and demand that they hold Google and Facebook accountable. Add your name to our #PlatformAccountability petition, and help spread the word about all the ways these companies are hurting us.

Checking In With ‘The Americans’ Costume Designer, Katie Irish 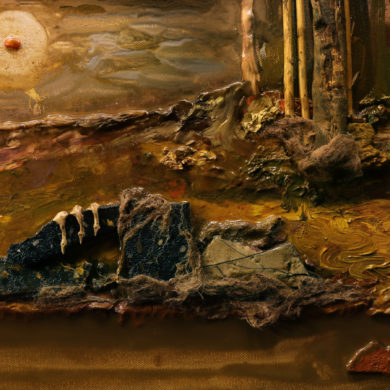