“Black Belts vs. Pirates” is the last of our three-part series about what it takes to build a successful content platform in the age of streaming piracy. In Part 1, “The Black Belt,” we dug into the life and times of entrepreneur Jimmy Kane, and learned how a grainy YouTube video from his parents’ martial arts camp became the springboard for a visionary content platform called Adrenaline Worldwide. In Part 2, “Easy to Use = Hard to Make,” we took a deep dive into what it takes to make such a platform a reality.

Now, in our third and final installment, we grapple with a grave threat to Kane’s hard-won business success. It’s a threat that is unique to content creation and creativity, and which has nothing to do with typical start-up challenges such as revenue and growth. A company can figure out how to make money, you see, and it can figure out how to grow – and Kane has done both with great ingenuity. But the great injustice for creatives in today’s digital landscape is that all the innovation in the world can’t protect them from the most dangerous threat of all: piracy.

Before skateboarding became a multi-billion-dollar global industry, someone had to build a media infrastructure to give it relevance. Which makes one wonder – what other niche sports might be out there, just waiting to be discovered and brought to a larger audience via the current tools at our disposal?

Twenty-two-year-old Jimmy Kane thinks he has an answer. The film producer, tech entrepreneur, and karate black belt runs Adrenaline Worldwide, an online destination for fans of Extreme Martial Arts, a niche sport with a small but impassioned international following. Kane believes Adrenaline’s hub of master classes, tricking demonstrations, live streaming competitions, and other video content can do for extreme martial arts what VHS did for skateboarding in the ‘80s – bring it to the wider audience a sport needs to become part of the mainstream.

“I just wouldn’t have thought it would happen with us,” Jimmy Kane said.

Over a four-year period of Herculean effort, the 22-year-old film producer, tech entrepreneur, and karate black belt had, with his younger brother, built up Adrenaline Worldwide, the first online content platform geared toward the niche but beloved sport known as Extreme Martial Arts. While simultaneously pursuing a film degree at Chapman University, Kane had taught himself how to live stream competitions at a professional level, brought in a roster of professional martial arts athletes to generate content and subscribers, and put together a production arm to craft an in-house library of master classes and other high-quality videos. But now, he was seeing all his hard work undermined by a few thieves who had no qualms about infringing Adrenaline’s subscriber-only content and making it available for free across the internet.

“We’re still a relatively small community,” Kane continued. “I actually personally know some of the people who have stolen our copyrighted footage and put it on Facebook for free. I was like, ‘Do you not realize that we’re trying to do something good for the sport and create an avenue for these athletes?”

One of the piracy incidents involved a video documenting an Adrenaline athlete’s training process in his efforts to do a trick that “no one has ever done before,” Kane said. “This guy put in years of his life to land this one trick, then we spent years of our lives building a platform where he could actually be meaningfully rewarded for all that work, and then someone just ripped this video the second it was posted, and re-posted it on Facebook. We were like, ‘Yeah, it affects our company, but that video you stole was going to be the main incentive for people to sign up for that athlete’s channel and pay him for his work. You’re just taking money away from one of the athletes in the community you profess to love.’ It’s really, really frustrating.”

Most frustrating of all, however, wasn’t even the piracy itself, but what Facebook did about it, Kane said. Working with their lawyer, Adrenaline reached out to Facebook with proof of the stolen content’s copyright and clear evidence of its illegal usage by a Facebook user. Facebook’s response? “They just looked the other way,” Kane said. “They threw their hands behind their head and said, “‘Sorry. We can’t do anything about this.’ And the pirated video just stayed up, for a very long time.”

Only after much direct communication with the user who stole the video, including a cease-and-desist letter, was the stolen video finally removed from Facebook. It took “tens of hours of work,” Kane said. “We don’t have a huge team to fight this, but people on the internet just assume we’re huge. To pirates in other countries, they see that we live in California and they assume we’re wealthy Hollywood people.” He shook his head and gave a rueful laugh. “But we’re such a small company. I can’t imagine how easy it must be for people to rationalize pirating movies and TV from the companies that are actually big and well-known.”

All Kane and his brother could do was just keep going. They are young – Kane only just graduated from Chapman back in May – they are media-savvy, and their future is wide open. And, they are martial artists, trained from birth to be resilient, tough, and focused.

“I don’t think I would have been able to handle this without the discipline and perseverance required to get a black belt,” Kane said. “Martial arts taught me to enjoy the ride and fight through life’s valleys and keep climbing upward – because there are plenty of days where I’m like, ‘Man I don’t want to do this. Why am I doing this?’”

Then again, nobody ever said creating an online extreme martial arts empire was going to be easy, and if anyone is capable of breaking through, it’s a guy who can break literal boards with his fists.

“I’ve always loved martial arts,” Kane said, “but I stumbled into how widespread tricking is, and how vast its global community is, and how ready it is to be activated and engaged. We’ve found through trial and error what kind of content people will pay for, and we’re still finding new ways to prove why they shouldn’t just be on Instagram, scrolling through random but free martial arts videos. It’s been the most challenging thing I’ve ever done, but it’s totally worth it. There is a huge and passionate audience out there, just waiting for someone to come in and take this sport to the next level.”

So ends the third and final part of our tale of black belt Jimmy Kane and his quest to build a successful content platform in the age of streaming piracy. For the whole story, be sure to check out Part 1, “The Black Belt,” and Part 2: Easy to Use = Hard to Make. 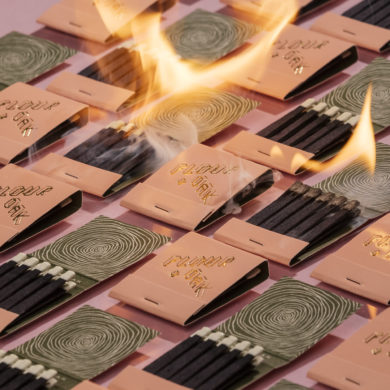 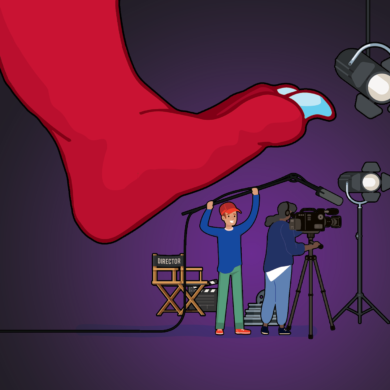 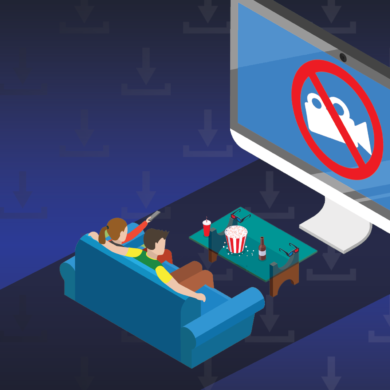