Can Robots Be Creative? Here’s How A.I. Might Impact the Creative Industries

The science-fiction genre has a way of painting the term “artificial intelligence” (A.I.) with doomsday-tinted strokes, but the more immediate hazard posed by our future machine overlords seems not existential but occupational.

A 2017 study released by the McKinsey Global Institute predicted that by 2030, as many as 800 million human jobs could be replaced by A.I. and robotics. That is a massive number of freshly unemployed individuals. Yet, it’s also not all that surprising given that the present-day workforce already includes technology such as online customer service bots, self-driving cars and trucks, and robotic harvesting equipment.

These impressive innovations are only the beginning of a shift to A.I. that will ultimately disrupt employees in every industry on earth – including the creative sector.

That’s right, even the livelihoods of those 5.5 million workers in the core copyright industries of film, television, music, books, photography, and video games will at some point be impacted by the rise of the machines. The question, of course, is: “To what extent?” Could a machine do the job of a writer? What about a painter, photographer, designer, or filmmaker?

The answer is not only “Yes, they could,” but in fact there are numerous real-world examples in which they already have done these jobs – and at a level of quality that might surprise you.

Whether such examples may one day be scaled to meaningfully impact human employment remains to be seen, but one thing is for sure – the robots are coming, and they are creative.

1) Computer Learns to Paint “The Next Rembrandt”

Like most humans, once a painter is dead, they aren’t coming back – but could a machine be taught to paint like a deceased artist so convincingly it feels like they are alive again?

That was the question the organic humans at J. Walter Thompson’s Amsterdam branch set out to answer with a 2016 project called “The Next Rembrandt.” In a daring fusion of creativity and technology, the marketing communications company teamed up with Microsoft to see if a computer could produce a new and original work by Rembrandt van Rijn for banking client ING… nearly 350 years after the master painter’s death.

Culling massive amounts of data through 3D scans of Rembrandt’s entire collection of existing works, the project team developed a deep learning algorithm that analyzed each image for recurring shapes, facial features, color choices, textural details, and other elements that made the artist’s work distinctive. From the resulting database, programmers were then able to program the A.I. to paint an entirely original painting that uncannily resembles a work by Rembrandt – down to the density of brush strokes on the canvas!

If a computer could pen a novel, what might its title be? The Day A Computer Writes A Novel seems a bit on the nose, but then artificial intelligence isn’t known for its dazzling poetic nuance – at least not yet.

Designed by a team at Japan’s Future University Hakodate, the authorial A.I. was fed plot points and character genders, along with the occasional prepared sentence, then left on its own to create a book-length work of fiction. It responded by spitting out an original novel that featured such gems as:

“I writhed with joy, which I experienced for the first time, and kept writing with excitement.”

“The day a computer wrote a novel. The computer, placing priority on the pursuit of its own joy, stopped working for humans.”

Reading those awkward lines, it’s hard to imagine an enjoyable reading experience resulting from this experiment, and yet The Day A Computer Writes A Novel somehow advanced to the second round of a Japanese literary contest. (Though that might say more about the humans judging the book than the book itself.)

The team behind IBM’s Watson handled the project, designing a system that pulled input from more than 100 existing horror trailers. Through scanning those spots, the A.I. learned how to recognize visual, auditory, and compositional elements that induce trailer-worthy emotions in humans – including tenderness, excitement, and of course, fear.

Notably, the system was unable to make the sophisticated finishing touches that a human editor might, but it was able to comb through Morgan’s 90 minutes of film footage and quickly cull 10 moments with enough emotional gravity to qualify for inclusion in a teaser spot. An editor then stepped in to trim and finish the job from there.

HOW WORRIED SHOULD CREATIVES BE?

The existing evidence of machines that can do passable creative work is ample and will only continue to grow from here – but that doesn’t mean the robot uprising presents a surefire doom-and-gloom scenario for human creatives. On the contrary, the Watson/Morgan experiment shows how the evolution of A.I. might actually be a valuable tool for creative professionals.

Remember: Watson’s A.I. was unable to take its ensuing trailer to the finish line – a clever person had to add in the ephemeral qualities that bring a spot to life, such as tone, pacing, and narrative momentum. These are the elements of storytelling that require brain function so complex, we ourselves don’t fully understand how they work – let alone have the capacity to program them into a computer.

The takeaway here is that instead of crushing creatives’ ability to pursue their craft, machines might in fact augment it by finding ways to cut out some of the more menial work involved.

“Traditionally, creating a movie trailer is a labor-intensive, completely manual process,” wrote John R. Smith, an IBM fellow and manager of multimedia and vision. “Teams have to sort through hours of footage and manually select each and every potential candidate moment. This process is expensive and time consuming – taking anywhere between 10 and 30 days to complete.”

If a computer could cut down on that sorting process by handling the clip selection process, it could free up the editors to focus wholly on the fun part – turning those clips into trailer gold. More time to produce higher-quality trailers with greater frequency seems like it could only help a film’s marketing campaign, which in turn could increase revenue for investors and production companies.

And, of course, revenue is the magic ingredient that allows studios to make more films, which would be a net positive for human jobs in at least one creative industry. One could see a similar chain of events unfolding in other creative industries as well, as intelligent computers siphon away more and more of the drudgery to free up greater capacity for imaginative breakthroughs.

“It is not our goal to recreate the human mind—that’s not what we’re trying to do. What we’re more interested in are the techniques of interacting with humans that inspire creativity in humans,” said Rob High, Vice President and Chief Technology Officer for IBM Watson, in a post on the company’s website. “What could we do to help people come up with new ideas on a much more regular basis than they do today?”

As Thomas Edison once wrote, “Genius is 1% inspiration and 99% perspiration.” What if machines could take the burden of some of that perspiration, leaving more room for inspiration? How much more of our collective creative potential might we then be able to tap?

It could be that A.I. is about to usher in an era of unprecedented human creativity. The long-feared robot uprising might actually help humans, in ways we cannot yet imagine, rise up. 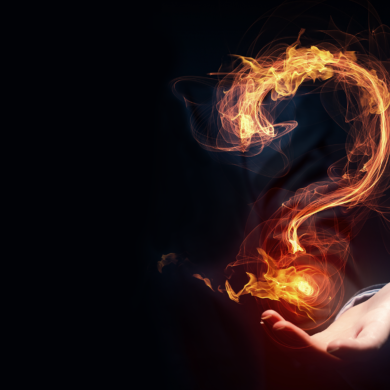 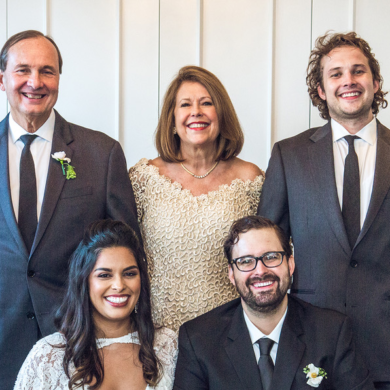 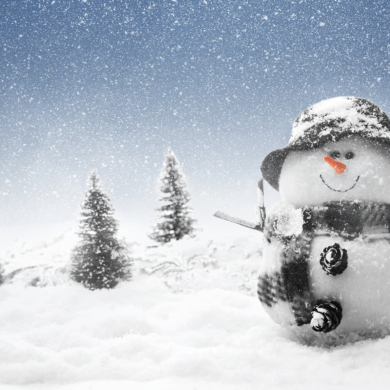