I produced and distributed movies for over 30 years. During that time, I never really gave a second thought to how a news article came to be. I assumed that reporters came across a story they found intriguing, went out to gather the facts, and then presented them fairly without pushing an agenda so that readers could make up their own minds.

But now, as an advocate for the creative industries, I no longer assume that. I have witnessed firsthand how certain stories materialize, parroting talking points from interest groups and corporate lobbyists. When I read a half-baked article that misrepresents my community and our positions, I pretty much know where it came from.

Take Bloomberg Law’s recent piece, “No Easy Fix Seen for Digital Copyright Law Amid Content Flood.” I don’t know the reporter, but the article sure has Big Tech’s fingerprints all over it.

Some background on the law at the heart of this article: For years, the Digital Millennium Copyright Act (DMCA) has provided a safe harbor for internet platforms, shielding them from liability for piracy as long as they respond to individual copyright takedown requests in a “timely” fashion. The biggest problem with the Act: it put the burden of policing the global internet for copyright infringement on rightsholders, removing any incentive for huge companies such as Google and Facebook to make serious efforts to clean up piracy on their platforms.

Instead, creatives are forced to play an endless game of Whac-A-Mole, spending time and resources they do not have tracking down infringements and filing takedown notices, only to see their work immediately pop up again on the same platform, always without their permission.

The creative communities affected by this situation number more than 5.7 million Americans, contributing $1.3 trillion to the U.S. GDP. The film and television industry alone employs 2.6 million people. Or at least it did before COVID-19 locked down production and led to a surge in streaming piracy. Even before the pandemic, streaming piracy was costing the U.S. economy at least $29 billion – and as much as $71 billion – every year.

A revamped DMCA could help fix this – by forcing internet platforms to use systemic solutions to piracy rather than leaving the creative communities to sift through billions of individual infringements on their own time. And, with a year-long series of DMCA hearings now in progress, we actually have a chance to make some headway for the first time since the Bill was passed 22 years ago.

So when we see an article that begins with a strong anti-copyright bent – like this one, which frames copyright enforcement as “a weapon wielded to squelch online speech” – we know who’s been pitching the reporter.

The article quotes almost exclusively from Big Tech advocates such as the Electronic Frontier Foundation. It parrots their arguments that the DMCA “already favors rightsholders when it comes to contested notices, letting bad-faith requests flourish with little risk of repercussion,” and claiming that “legitimate speech gets removed over mere allegations.”

We’ve seen this movie before. Big Tech and its allies insist that the real problem with the DMCA is the bad actors whose devious or erroneous copyright claims threaten internet freedoms. Bloomberg Law focuses the entire article on this argument, with virtually no evidence to support it.

The reporter cites an “extensive sampling” from Jennifer Urban, a legal scholar with a track record of Google-funded research, that allegedly found nearly a third of takedown notices had issues that “raised substantive questions” about their legitimacy.

The article doesn’t link to the study nor specify what “extensive” means. So, we are left to guess which “sampling” Urban shared with the reporter. It is likely referencing a study Urban helped conduct four years ago, which made headlines with the claim that 30% of all DMCA takedown requests are questionable.

In fact, the findings of the study, titled Notice and Takedown in Everyday Practice, were far more nuanced than that. Among other things, more than half of the study’s data set involved erroneous takedown requests where “the Alleged Infringing Material… does not match the Alleged Infringed Work,” wrote the copyright blogger David Newhoff. For example, a takedown request for the film House of Usher could be confused with a recording by the artist Usher.

This distinction is important. There is a big difference between a takedown notice that is illegitimate because the sender is acting in bad faith and one that is the result of a simple mix-up. The former has far more ramifications regarding the potential suppression of free speech. The latter does not. And yet these latter mismatch-style errors comprise over 50% of the “instances” that are being used to buttress arguments for weaker copyright protection on the grounds of the threat it poses to First Amendment rights.

“While this type of flawed notice may represent inefficiency and waste for the rights holders, it does not get anywhere near the concerns users might have about stifling expression online,” Newhoff continued. And he’s right. The owner of House of Usher’s copyright would certainly be inconvenienced if they made an error in how they filed an infringement claim – but there is no evidence, in Urban’s study or otherwise, that this sort of “takedown typo” somehow affects the free expression of internet users in any way, shape, or form. The erroneous request simply gets rejected. End of story.

Unfortunately, many press outlets didn’t do the first-hand research that Newhoff did before filing their stories about Urban and Co.’s report. It may be too much to expect beleaguered journalists to sift through a 160-page study to ensure that what they are saying about it accurately reflects the complexity of a takedown system that even copyright experts struggle to fully grasp.

But this only goes to prove how platform companies like YouTube, and its parent Google, can manipulate understaffed news publications (whose understaffing, by the way, is a result of Google stealing most of their ad revenues) by spoon-feeding them with paid research that allows them to write a clickbait story without actually delving into the study itself.

“The study did not support anything close to justifying the provocative 30% headlines that had gone viral,” concluded Newhoff. “But this one example of one study did produce some very effective – and inaccurate – headlines that were probably rather helpful to Google’s interests”.

We see this play out, and then some, in Bloomberg Law’s recent article, which appears to use one statistic from one Google-funded researcher to position copyright enforcement as a threat to internet freedoms. It is a shining example of how Google plants anti-copyright seeds via academia that continue to bloom long after the fact. Four years after the fact, this particular tendril has now wriggled its way, without counterpoint, into a serious publication that is read by lawyers, judges, and others with the power to shape copyright policy and interpret it in courtrooms and legislatures.

To be clear, my goal with writing this post is not to single out a specific news outlet or reporter. On the contrary, with very few publications focusing serious attention on intellectual property and copyright issues, we need Bloomberg Law’s IP reporting. The pandemic has decimated the creative industries with a one-two punch of shuttered productions and heightened levels of piracy. Protecting millions of creative livelihoods now depends, in significant part, on strengthening our copyright laws and limiting the infringement of our creative works. And, with the 22-year-old DMCA currently under reassessment, our leaders in Congress have shown a willingness to do this – which means it is more important than ever that publications like Bloomberg Law convey the relevant issues clearly and equitably so that policymakers can make the best, fairest decisions possible and the public can fully understand them.

This means taking the time, and investing the resources, to fully contextualize cited research, rather than simply citing a fundamentally flawed statistic in support of an argument that is biased in favor of Big Tech. It means giving equal representation to both sides of a complicated but massively consequential legal debate, instead of parroting the talking points of the massively powerful internet platform companies.And perhaps it means giving me a call. As an expert in the tired and repetitive arguments used by Big Tech to justify their rapacious business practices at the expense of creative people, I can help illuminate their tactics. The next time Bloomberg Law writes about the DMCA, I encourage them to contact me. Millions of creatives deserve to have a voice in these stories, too, and I am ready to speak on their behalf. 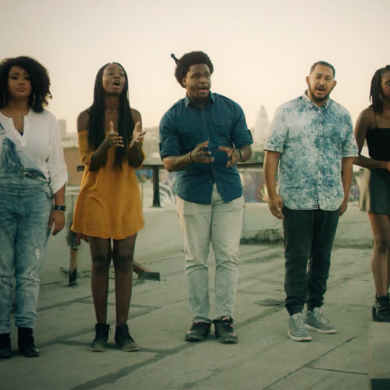 Back to School with CreativeFuture