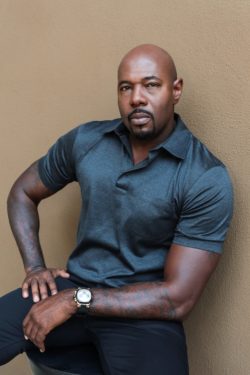 Antoine Fuqua is the director behind such films as Training Day, The Magnificent Seven, The Equalizer, The Equalizer 2, Southpaw, Olympus Has Fallen, Brooklyn’s Finest and King Arthur. He directed and executive produced the documentary American Dream/American Knightmare on the legendary Marion “Suge” Knight and directed the blues documentary, Lightning in a Bottle, executive produced by Martin Scorsese. Through his production company, Fuqua Films, Fuqua generates content for both film and television including serving as executive producer on the FOX medical drama The Resident (which was just renewed for its fourth season). Most recently, he directed and executive produced the critically acclaimed documentary What’s My Name: Muhammad Ali, for HBO, which was a winner at the 2020 PGA Awards in the Outstanding Sports Program category and is nominated for a sports Emmy. Fuqua Films also produced the drama series #FreeRayshawn, starring Laurence Fishburne and Stephan James, that is now available on Quibi. Fuqua’s next film is Paramount’s Infinite, starring Mark Wahlberg.