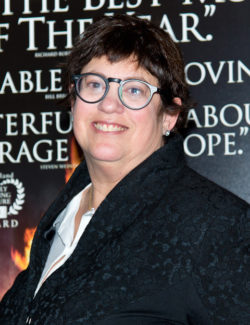 For 16 years, Rosenfelt was a production executive at Paramount, where she oversaw live-action features such as The First Wives Club, Indecent Proposal, Runaway Bride, Save the Last Dance, Coach Carter, and Mean Girls. She was instrumental in setting up Paramount’s partnership with Nickelodeon Movies, overseeing film adaptations of the Nickelodeon television properties Rugrats and SpongeBob SquarePants as well as Lemony Snicket’s A Series of Unfortunate Events, based on the bestselling children’s books.

Rosenfelt began her career at ICM as an assistant to talent agent Sue Mengers. She went on to become a creative executive at Jerry Weintraub Productions and a senior vice president at MGM.