Just when you thought the Electronic Frontier Foundation (EFF) couldn’t possibly hate creatives more than they already do, they’ve now appointed one of the greatest anti-copyright champs of them all: UC Berkeley professor Pamela Samuelson.

Over many decades in academia, Samuelson has worked diligently to weaken copyright protections so that massive internet companies can continue making money hand over fist from creative works they do not own and do not create.

But, don’t take our word for it! Here are five fun facts about why the EFF’s new Board Chair is terrifyingly anti-copyright, culled from her career as a lawyer and so-called “activist.”

In 2001, Samuelson established an entire collegiate law program committed to anti-copyright causes in the digital age: the Samuelson Law, Technology, & Public Policy Clinic at the University of California, Berkeley.

The Clinic had barely opened their doors before they were writing an amicus brief on behalf of Google, defending a rival search engine, Arriba Soft, that was being sued for misappropriating unlicensed photos in search results.

Now, why would Google lend a legal hand to one of its rivals? Because they knew that, one day, they would be in someone’s crosshairs for the very same thing.

And, sure enough, a few years later, Google was sued on similar grounds – in the 2006 case, Perfect 10 v. Google. But, thanks in part to the Samuelson Clinic’s Arriba Soft amicus brief, the legal groundwork had already been laid for Google to emerge from the case unscathed.

In fact, Google’s loyal lapdog, the EFF, even drew from Samuelson’s brief to file a brief of their own that defended Google in the Perfect 10 case.

The Clinic remains active – and has since championed many other notorious copyright violators such as TVEyes and Grokster. And, in 2012, Google rewarded the Clinic for all their hard work with a $200,000 Cy Pres payment.

It was a small price to pay for years of dedicated scholarship in support of the company’s policy interests.

2.) Samuelson lied to lawmakers about the online piracy threat.

In 2013, Samuelson was made the star witness at a 2013 House Judiciary Committee hearing titled “A Case Study in Consensus Building: The Copyright Principles Project.” Despite the promise of a “consensus,” the event didn’t include any creatives – you know, the people whose livelihoods actually depend on copyright. So, it was kind of a sham before Samuelson even started talking, and her ensuing testimony did little to prove otherwise.

When asked about the issue of online piracy, Samuelson offered up, as copyright law blogger David Newhoff later wrote in a blistering recap of the event, “one subtle but significant choice of words.” She claimed that individual artists are at “some disadvantage” when it comes to protecting their copyrighted works on the internet.

It was a disingenuous remark that completely mischaracterized creatives’ ability to protect their rights online.

The correct answer to the question, as Newhoff put it, was: “Individual artists don’t stand a chance of protecting their rights on the internet; they might as well shout their grievances into the next passing hurricane for all the remedies and resources at their disposal.”

In the moment, Samuelson’s obfuscation seemed low-key, but in a Congressional setting, misleading language can alter the opinion of lawmakers who are genuinely seeking good-faith information about complex issues.

“The general public should be aware that not every idea that comes out of an academic’s head makes it automatically a good idea no matter how prestigious their company,” Newhoff explained. “Academic study is critical to a progressive enriched society, but we should never underestimate the motivating factors of ego and self-promotion.”

3.) Samuelson “helped” writers with anti-copyright Authors Alliance (and by “helped” we mean “harmed”).

Not to be confused with the Authors Guild – which sued Google over the company’s shameless attempt to scan more than 25 million books without permission – the Authors Alliance was cofounded by Samuelson to instead shamelessly toil in support of such bold and alarming endeavors.

In interviews, Samuelson framed the group’s subtle piracy agenda as an attempt to make authors’ works “findable,” so they could enjoy a “a long and rich intellectual life.” But many of the actual authors, who rely on earnings from their books to feed their families, weren’t so convinced.

“Google is enabled to sell advertising against the content of our work, without our permission and without sharing a dime with us,” Authors Guild board member T.J. Stiles told SFGATE at the time. “If Google can do it, so can anyone else – indeed, [the Authors Alliance agenda] opens the door to all kinds of unforeseen monetization of our work, without our participation or profit.”

The Alliance couched its anti-copyright leanings in a pro-scholarship stance, but even Samuelson’s own colleagues in academia weren’t fooled. “The only alliance here is between a group of law professors bent on destroying copyright protection and corporations like Google who are happy to get in bed with them,” said Columbia University professor James Shapiro, in the same SFGATE story.

Perhaps worst of all, Samuelson and her fellow Alliance founders didn’t (and don’t) “earn a living, or even a substantial part of one, from their writing,” Shapiro added, “so for them to masquerade as spokespersons for an embattled community of professional authors is disingenuous.”

How desperate is Prof. Samuelson to change copyright law to benefit the world’s internet behemoths? So desperate that, in 2018, she tried to reshape the Copyright Act (the literal piece of legislation that ensures creatives get paid fairly for their works) by trying to bypass Congress.

How did Samuelson do it? In a brilliant piece of cynical maneuvering, her misdirection was centered around the little-known (outside of law circles) American Law Institute (ALI), which publishes materials intended to keep legal professionals up to speed on current societal forces affecting common law. It may sound a bit dry, but courts and legislatures at every level of government regularly reference ALI documents when making rulings, giving the group a lot of secondary authority despite the fact they have no ruling power themselves.

Understanding full well ALI’s potential to sway legal opinions, Samuelson set out to exploit it – by submitting a request to the organization for a “Restatement” of Copyright Law. Restatements, as Newhoff described it in his post about this effort, are essentially legal guidelines “that may be cited in court almost as though they were statutory.”

In spearheading a Restatement, Samuelson was essentially trying to manipulate the collective legal understanding of how copyright should work – the next-most influential approach to actually changing copyright law.

Restatements take years to materialize, and nothing official has yet been released by ALI around this topic, but Samuelson’s willingness to subvert democracy itself to achieve her own ends is breathtaking. The result of her effort could do nothing less than “lead to changes in how laws apply that would weaken copyright protection,” wrote music attorney Dina LaPolt, “and ultimately result in a transfer of wealth from creators to large technology companies (as if Google needs any more money).”

What do you do when you ask a rival company for a license to use one of their products and get rebuffed?

If you are a normal, accountable member of society, you admit your defeat, hang your head, and maybe even try to design your own, better version of the product. If you’re Google… well, you just go ahead and take what you want without permission, knowing full well that your army of anti-copyright warriors like Pamela Samuelson will back you every step of the way.

This is the scenario we find ourselves in with the long-running case, Oracle America, Inc. v. Google, Inc. In the mid-2000s, after negotiations with Oracle over usage of their Java software stalled out, Google simply “copied 11,500 lines of computer code verbatim” from the Java platform and used it as a structural underpinning of their own, competing Android platform. Understandably, they were sued by Oracle and have been whining about it ever since.

Not surprisingly, Samuelson has heartily endorsed Google’s theft of copyrighted materials, publishing misleading op-eds, filing an amicus brief, and complaining to her 6,000 Twitter followers about the U.S. Government’s recommendation that the Supreme Court not take the case.

This time around, however, it appears as though Google has bit off more than they can chew. Google petitioned the Supreme Court again and the Court asked the Solicitor General for their thoughts. The Solicitor General was not kind to Google – saying that the Court should not hear the case. With little recourse left, Google may be on the hook for an Oracle payout that could reach billions in damages.

With Samuelson and the rest of their shill machine by their side, Google once again fought the law – but this time, at least for now, the law won.

The EFF has spent years doing the bidding of Google and other major internet players, but Samuelson might just be the scariest addition to their roster yet. She isn’t just any anti-copyright professor. She is an organizer, a serial builder of coalitions and think tanks with the strength to take big swings at the creative industry’s most vulnerable – and land their punches.

Samuelson gets things done. She knows how to pull the levers of power that keep Google-friendly policy initiatives intact, and you can bet she will pull every one of them as pressure on the company mounts.

We must not let Samuelson and the EFF’s anti-copyright scaremongering preserve the status quo for unaccountable internet companies!

Continue to follow CreativeFuture and continue, as always, to #StandCreative. 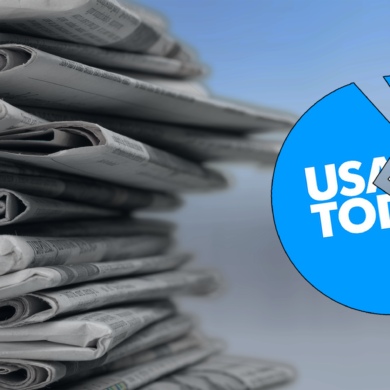 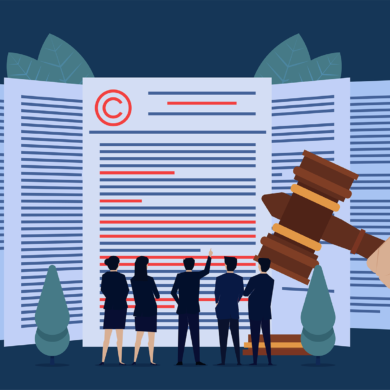