With streaming entrenched as the dominant form of video consumption online, it’s easy to forget that piracy via the illegal downloading of actual files (AKA the old-fashioned way), remains alive and well. In fact, according to digital piracy data firm MUSO, torrent-based digital theft makes up around 20 percent of all film piracy, and around five percent of all television piracy. If those numbers sound low to you, keep in mind that online piracy in general cost the film and television industry an estimated $37.4 billion in lost revenue in 2018. Whatever percentage of that stolen revenue is going to a seemingly archaic means of theft, it’s still billions of dollars too many for an industry that supports 2.6 million jobs in America – and it needs to be stopped.

Unfortunately, we are far from curbing the plague of download piracy. In fact, the problem now finds itself on a dangerous precipice where it could easily slip right back into becoming a crisis again, as it was in the mid-2000s – before streaming was all the rage. Thanks to a rapidly growing media application called Plex, torrent-based piracy is back in vogue, and better than ever (for criminals who have no problem with profiting from content that doesn’t belong to them, that  is).

To understand what Plex is and how it functions, it is helpful to look at Kodi – another dangerous digital media player that we have written about repeatedly here at CreativeFuture. Kodi is an open-source system that lets you gather up all your streaming content – movies, television shows, music, even personal photos – in one place and pipe it into your living room television.

The Kodi software is legal, but because it is open-source, it can be customized with all sorts of apps and add-ons, many of which offer unauthorized movies, television shows, sports programming, and even live broadcasts for free, or at a reduced price. Kodi’s elegant on-screen packaging filters all of it through a smooth interface replete with metadata that automatically outfits the content with posters, cast lists, and other features. The resulting viewing experience looks legitimate whether what’s being viewed is legal or not, and many Kodi users don’t even realize they are consuming pirated content.

Plex offers everything Kodi does, but with one fundamental difference – rather than serving as a hub for streaming content, it offers a nifty place to organize and view your media files, organizing and indexing the media you actually own for streaming on any device you desire. The software makes it extremely easy to compile a digital entertainment library on your own server – but, of course, we wouldn’t be publishing this article if there wasn’t a catch.

“Because what’s on Plex servers is populated by people, most of the commercial content you’d find there is probably pirated,” reads a recent Verge article with the headline, “Plex makes piracy just another streaming service”. The story goes on to traipse blissfully through what the writer seems to see as a quirky online community of altruistic Plex account holders who offer their carefully curated movie and TV lineups to appreciative friends, who just want to see “stuff that falls through the cracks” of the streaming services or “things that are only in theaters” because they aren’t “huge fans of going to the movies.” Because why should you have to pay for a pesky theater ticket when you can just steal it – right?

Wrong. The Verge glosses over the dark truth about sharing unlicensed films and television shows with even a small group of people, without permission – it’s illegal! And, what’s more, on Plex, it’s not exactly altruistic either. Plex is free to join, but those who pay its monthly subscription fee get the ability to share their media library with up to 100 other users, and many of these subscribers have taken to offering that shared access for a price, selling their login information on notorious piracy-enabling outlets such as Reddit. One indicative Reddit thread of many, called r/Plexshares, has more than 22,000 members, and serves as a kind of marketplace of pirated libraries, many of them as vast and varied as certain streaming services. Some even have tiered payment plans – such as the Plex library offered by member mmedic123, who promises more than 3,400 movies, 6,000 episodes of television, and a kids’ library (!) for “$1/week, $3/month,” or “$30/year PayPal or Credit Card”.

It’s impossible to say how many people are committing this crime, but a hint that it might be a lot occurred when Plex tried to change its privacy policy in 2017 so that users could no longer opt out of data collection. The backlash was intense – both because its millions of users were, quite understandably, worried about their data being harvested, and because they didn’t want Plex, or anyone, to be able to see what was on their servers.

“That latter item is of particular concern to many users who have amassed media collections through illegal means, like torrenting or ripping copy-protected DVDs,” wrote TechCrunch at the time. “They’re worried that allowing Plex to collect data about their media and its consumption would allow the company to deduce what sort of files they have.”

Plex eventually buckled under the pressure. However, two years later, The Verge’s article has unleashed a new wave of alarm from the company’s loyal customers. Their collective dismay can be summed up by this enterprising YouTuber, “SUPERDELL-TV,” who warns his followers to be “very, very careful… I’m talking about hundreds and hundreds and hundreds, if not thousands of people saying, ‘Hey, if you want all the latest movies and this and that, come here, and I’ll give you access to my Plex for a fee.’”

For now, Plex, as most tech platforms are wont to do to avoid accountability, seems to be dodging the issue. “We certainly don’t condone piracy at all, and there are lots of ways to get lots of great, legitimate content into the system,” Plex CEO Keith Valory said in a 2016 interview. He was quick to add, of course, “We don’t have any view into the content, and by our Terms of Service, we make sure that people have rights to that content.”

But, as Facebook and Google have learned the hard way, stating something in your Terms of Service does not make it a reality. A sentence or two on a TOS page does not change the fact that all around the world, Plex subscribers are turning their personal media libraries into sharable streaming services and then profiting from content they do not own.

In turning a blind eye to its piracy problem, Plex has joined the ranks of internet heavyweights who refuse to take responsibility for the criminal behavior on their platforms. With heightened scrutiny on the biggest platforms, lawmakers across the country, and abroad, have increasingly demonstrated less tolerance for tech companies that sidestep law and order in their relentless quest for user growth.

“Plex may have a problem coming soon,” adds SUPERDELL-TV, with genuine concern in his eyes for his loyal viewers who have been pirating content on Plex for far too long. With any luck, he’ll be proven right. 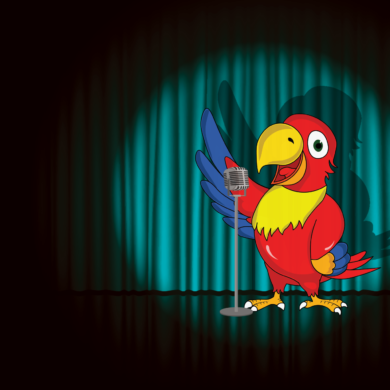