On Monday, December 16, 2019, one of the most mainstream publications of them all, USA TODAY, failed colossally on all three counts – when a writer named Dalvin Brown published an article with the headline, “Is streaming video from sketchy websites illegal?”

Filed in response to recent reports on the FBI’s shutting down of two massive illegal streaming sites, this piece seems aimed at the confused members of the public who frequent such sites, and who are now forced to wonder: “Uh-oh, am I going to get into trouble, too?”

To be fair, it is valid for such viewers, following the arrests, to wonder if they, too, could be considered criminals. Fortunately for these pirated movie watchers who have mixed feelings about stealing the creative works of others online, USA TODAY is here to make them feel better about their life choices.

Right from the get-go, Brown’s article exudes a disconcerting moral ambivalence toward the illegal subject matter at hand. By using the blanket phrase “streaming video” in the headline, he makes it sound like ALL forms of streaming video were under investigation by the FBI – home videos, remixes, cat videos, you name it – when in fact, the FBI was very clearly going after pirated streaming video on the “sketchy websites” in question.

It might sound like we’re nitpicking here, but handwringing over imaginary crackdowns on the billions of hours of mostly innocuous content gumming up the online sphere is a favorite tactic of the anti-copyright contingent. (For evidence, look no further than groups like the Electronic Frontier Foundation’s incredibly disingenuous attacks on the CASE Act.)

By not specifying the nature of the “illegal” streaming content at the heart of these FBI busts, Brown inadvertently plays right into the hands of companies like Google and Facebook, who benefit from the false narrative that copyright enforcement threatens all content online (rather than clearly illegal content – like full copies of films and television shows), so we should therefore weaken copyright protections as much as possible.

The piece does not improve from there: “In today’s movie-streaming landscape, consumers increasingly expect affordable content on-demand,” reads the body of Brown’s article, “which pushes many (knowingly or not) onto sketchy video entertainment platforms that may or may not be legal… Torrenting or downloading copyrighted material without permission is flat-out illegal and a much more serious crime, according to the U.S. Copyright Office. There’s some gray area with streaming illicit content, which is a misdemeanor – at best.”

The answer is: Of course not. Stealing is stealing. Brown himself immediately admits this, when he proceeds to write, “If you’re caught illegally streaming videos online, you could face a fine of $750 or more, according to criminal defense attorney Matt Huppertz in Waukesha, Wisconsin.”

Yup, sounds like a crime to us, so where’s the “gray area”?

But Brown, for whatever reason, doesn’t want us to worry about all that. “It’s much more likely for agencies and the media industry to target those who download and redistribute content on a large scale, across multiple devices for public consumption,” he writes. Oh, so we can probably keep streaming illegal content and be just fine? Phew!

Or can we? “If fines (or jail time) don’t deter you from watching illegal, pirated content, perhaps viruses and malicious software will,” Brown continues. Despite the fact he now warns of jailtime after having, mere sentences previously, described the streaming of illegal content as “a misdemeanor – at best,” Brown is correct on this front. Viruses and malicious software are, in fact, real threats to people who frequent streaming piracy websites. But even here, his helpful heeding is woefully incomplete. He entirely fails to mention another, major would-be deterrent to streaming piracy (which accounts for 80% of all online piracy) – the harm it does to the millions of people who work tirelessly to make that content.

Brown comes close to alluding to these workers in his final sentence, wherein he states, “The U.S. economy loses at least $29.2 billion in revenue each year because of digital piracy.” Some other statistics he should have bothered to mention include:

Which brings us to a predicament that is as black-and-white as it gets: An industry that supports millions of jobs is set to lose $52 billion to streaming piracy. There will be less work for everyone from art directors to costume designers, to caterers, electricians, grips, camera operators, and many, many more. Many of these people will lose their jobs. Those who don’t will make less money, or see their pensions and healthcare take a hit – many entertainment jobs rely on unions, and union benefits are funded by film and television revenues. What’s more, these immense revenues lost to streaming piracy will compel the companies that invest in filmmaking to cut back on movies that don’t have a clear path to profitability. And that, in turn, will hasten the death of indie cinema as we know it.

If Brown wanted to actually deter people from indulging in streaming piracy with this article, these are the deterrents he would be most concerned about. That he fails to even mention them is more an indictment of USA TODAY than it is the writer, who never should have been assigned this story to begin with.

To most readers, a byline on a major publication like this one is an endorsement of credibility. We assume a writer for USA TODAY, regardless of the topic, knows what they are writing about – but Brown doesn’t seem to understand the very real effects of the subject matter he is discussing. His piece makes no coherent point, and in failing to clearly criminalize piracy, robs it of its urgency.

Why did USA TODAY elect to run a piece about piracy from someone who clearly doesn’t know much about it? This was a chance for a major platform to make a definitive statement about a serious crime that harms livelihoods and existentially threatens one of our great art forms.

May all future piracy-related posts on heavily trafficked websites start from that simple, inarguable premise. #StandCreative 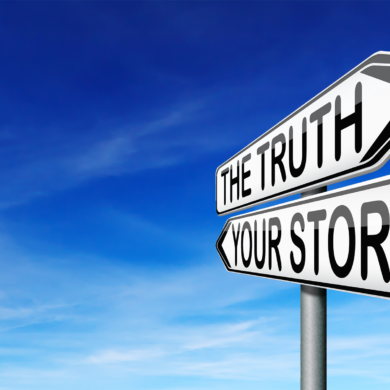